SYCORAX
​How to Play

Objective: End the game with more points than your opponent based on the cards you have acquired.

​Setup:
1) Remove the three 7s from the deck, then return them to the deck upside-down relative to the rest of the cards.
2) Shuffle the deck and place the cards face-up in a grid of 5x6 (with the exception of the 7s, which will be placed face-down.

​NOTE: Do not re-orient any cards. Do not look at any face-down 7s. Cards should be placed vertically between the two players. 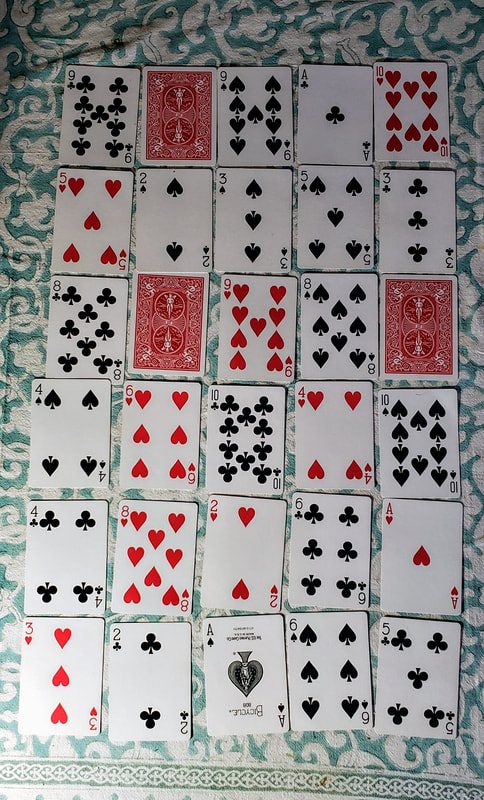 Gameplay:
Each turn, players may re-orient one card 180°, then claim one adjacent card (excluding diagonals).

When claiming a card, the orientation must be preserved as you remove the card from the grid and collect it.

Players must perform both actions (re-orient and claim), not just one or the other. Once a player has re-oriented a card and claimed an adjacent card, it is the other player's turn.

When no more cards can be claimed (no two adjacent cards remain), the game is over.


Scoring:
​Points are based on the cards claimed as well as their orientation.

Even though 10 is the highest number card, it is worth net zero because five of its suit symbols point up and five point down.
Red Player's Side 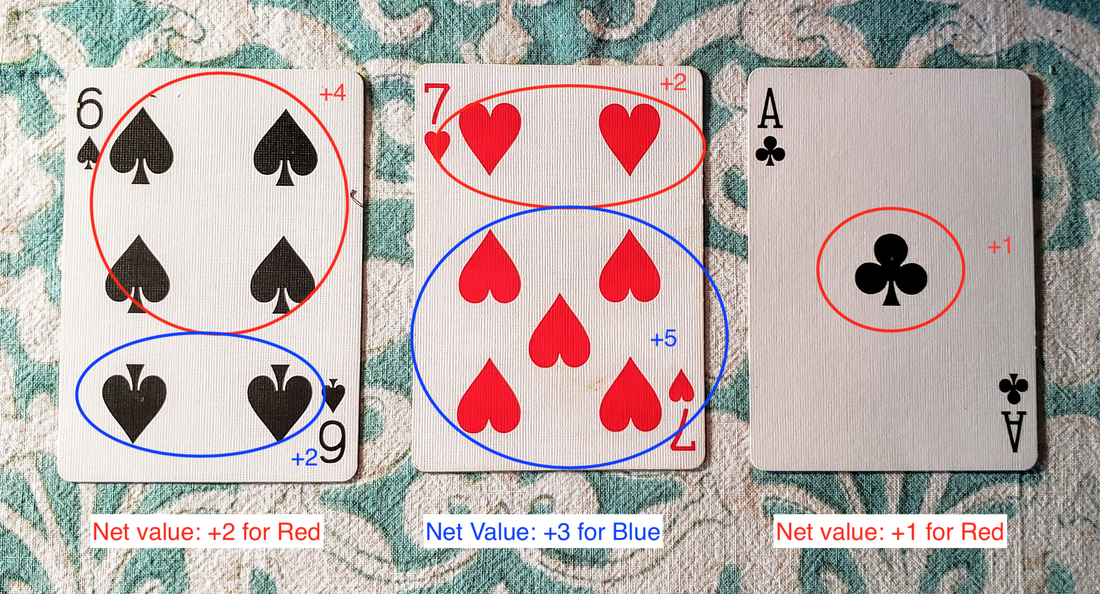 Since 7s are face-down, you do not know in advance if they will benefit you or harm you. However, if you re-orient a card adjacent to a face-down 7, you may look at the card instead of claiming it, but you cannot look AND claim it. You may also rotate a face-down 7 if you are able to claim an adjacent card.